The Gentle Wit of Robert Benchley

Bruce Watson is a historian and biographer, and author of seven books and an online magazine, The Attic. With this post, Bruce begins a featured blog for American Heritage. In his inaugural essay, he profiles humorist Robert Benchley (1889-1945), a frequent writer for The New Yorker and Vanity Fair, and founding member of the Algonquin Round Table.  His son Nathaniel Benchley wrote the novel and screenplay for Jaws, and also contributed humorous essays to American Heritage about Nantucket and the purchase of Manhattan for $24. 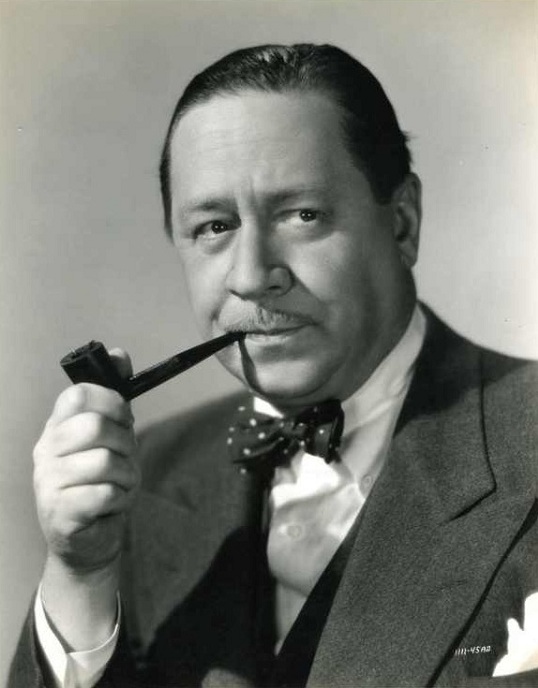 Comedians yammer on and on, but humorists are a somber bunch. Though funny in print, their party personas tend to brooding.  Their lives are often a mess.  You don’t have to be Freud to see that sorrow is the soul of wit.  But meet Robert Benchley.

During the Depression, as one of America’s most beloved humorists, Benchley was asked for a brief bio. 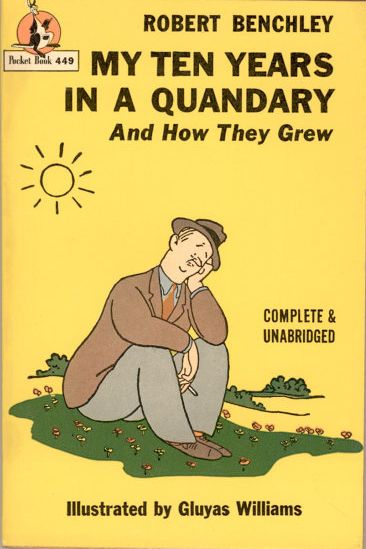 Benchley’s mock bio hid an upbringing so ordinary it does not bear repeating. Still, here goes.  Born in very unfunny Worcester, Massachusetts, he grew up sadly lacking the pathos that demands joke after joke.  Benchley was the pampered son of prosperous parents, groomed for corporate board rooms.  He declined such a fate, however, preferring to mock it. The mocking began early.

While at Philips Exeter, where prep school students studied Milton and Shakespeare, Benchley wrote his senior thesis on “How to Embalm a Corpse.”  Thus began a lifelong penchant for laughing at death.  But death would not have the last laugh.

At Harvard, Benchley’s impromptu after dinner speeches amused fellow frat boys with pseudo-serious nonsense, ala Monty Python’s John Cleese.  One night he might be a government official telling Harvard “what we are doing down there in Washington!”  Another saw him a returning explorer ad-libbing “Through the Alimentary Canal with Gun and Camera.”  When he graduated, with World War I underway, he was urged to grow up.  He refused.

“It took me fifteen years to discover that I had no talent for writing,” he recalled, “but I couldn't give it up because by that time I was too famous.”  While working as an ad copywriter, Benchley submitted humorous essays to magazines.  In an America already glutted by expertise, his touch was deft and delightful.  One essay reviewed “The Social Life of the Newt.”  In “The Most Popular Book of the Month,” he wrote a review — of the phone book.  “It is the opinion of the reviewer that the weakness of plot is due to the great number of characters which clutter up the pages…”

Hired as drama critic for LIFE, Benchley perfected a rambling style that spoofed the grave issues of the day.  Titles suggest his zaniness.  “Coffee vs. Gin,” “All Aboard for Dementia Praecox,” “Eat More Worry,” ”The Menace of Buttered Toast,” “Why We Laugh — or Do We?”

It was the perfect time and place to be a humorist — New York in the 1920s.  Benchley began the decade as editor of Vanity Fair.  He lasted seven months.  Seems elite readers didn’t appreciate the wordplay played by Benchley and a new partner in crime — Dorothy Parker. When Parker was fired, Benchley resigned and the two became inseparable, sharing an office so small, Parker recalled, “that an inch smaller and it would have constituted adultery.”

Benchley and Parker soon held down one corner of the Algonquin Round Table, that collection of wits whose quips are still repeated.  (Asked to use ”horticulture” in a sentence, Parker said, “You can lead a whore to culture, but you can’t make her think.”)  But while Parker and other regulars dissolved into drink, Benchley went to Hollywood.

In 1922, the Algonquin wits did a stage revue of spoofs.  Benchley’s fumbling speech, “The Treasurer’s Report” stole the show.  He was soon repeating the speech in a Broadway review, and in a 1928 film.  He went on to make 48 short films, affecting a dapper, bow-tied persona that is now sadly dated unless you happen to be John Hodgman.

As Americans struggled through the Depression, Benchley taught them “How to Watch Football,” “How to Sleep,” “How to Sub-let…” Hollywood used his faux expertise by casting him in dozens of films.  He took fame in stride, continuing to make the world his straight man.

“I don’t trust that ocean,” he said while viewing the Pacific.  “It’s just pretending to be peaceful, waiting for the right time to sweep up and in and over everything.” Then there was the time, touring Europe, when he cabled an editor from Venice:  “Streets full of water.  Please advise.”

The witticisms were cut short in the fall of 1945.  Hospitalized with profuse bleeding, he suffered a cerebral hemorrhage and died at the sobering age of 56.  The last joke came when a Hollywood funeral home shipped his ashes east.  When Benchley’s wife took the urn to the family home on Nantucket, she found it empty.

You know,” she told their two sons, “I can hear him laughing right now.”