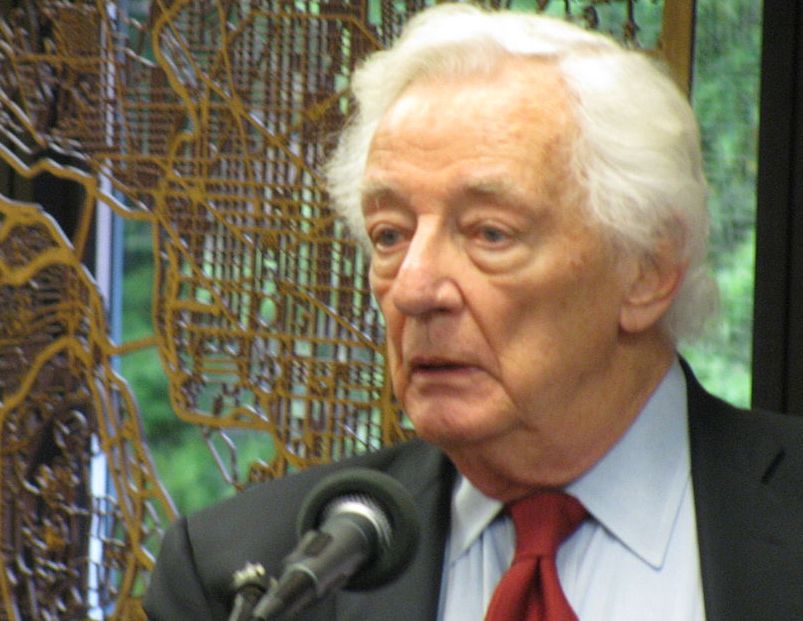 We were saddened to hear that Presidential historian Richard Reeves, 83, passed away on March 25, 2020. Mr. Reeves was a frequent contributor to American Heritage (see the list of his essays).

A prolific columnist, Reeves was a harsh critic of both Republicans and Democrats, but willing to rescind past verdicts, such as his initial opposition to President Gerald R. Ford’s pardon of former president, Richard M. Nixon. Two decades later, he came to believe that Ford had made the right decision for the nation.

Reeves acknowledged that historical figures were capable of reversals of grave magnitude, too. His prime example was Chief Justice Earl Warren, who, despite his support for the internment of Japanese-Americans during his tenure as California governor shortly after the outbreak of World War II, sought to make amends via his landmark Supreme Court rulings in favor of the advancement of Civil Rights for all Americans — especially minorities. Reeves documented this in his most recent book Infamy: The Shocking Story of the Japanese American Internment in World War II (Henry Holt, 2015).

Several of his other bestsellers include: President Kennedy: Profile of Power, which was honored by Time magazine as the Best Non-Fiction Book of 1993, President Reagan: The Triumph of Imagination, and Portrait of Camelot: A Thousand Days in the Kennedy White House.

In addition to three honorary degrees, he has received more than a dozen prestigious awards including an Emmy for ABC News’ Lights, Camera, Politics!, the Columbia-DuPont Award for PBS’ Struggle for Birmingham, and the Lifetime Achievement Award from the National Society of Newspaper Columnists.

Reeves was also a Senior Lecturer at the Annenberg School of Communication & Journalism at the University of Southern California. He split his time throughout his life between New York City and Los Angeles, but as his health deteriorated due to cancer he remained primarily in Los Angeles. He died of cardiac arrest at his Los Angeles home and will be buried in Sag Harbor, New York.

He is survived by his son, Jeffrey Reeves, two daughters, Cynthia Fyfe and Fiona Reeves; two stepsons, Colin and Conor O’Oneill as well as four grandchildren and three step-grandchildren.

HEMINGWAY & FITZGERALD: THE COST OF BEING AMERICAN

by Alfred Kazin
The work of Ernest Hemingway and F. Scott Fitzgerald virtually defined what it meant to be American in the first half of this century