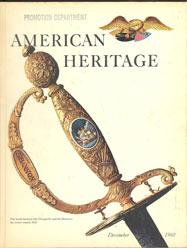 ’Bye, Phoebe Snow, Goodbye Buffalo What a way was to go! But if you’ll travel come to this yule Eschew the Road of Diesel Fuel

The Jay Papers Ii: The Forging Of The Nation

States they were, united they were not; while their Secretary for Foreign Affairs sought to pull them together, Europe waited for them to fall apart

Battle can never be civilized, but in a century of total war and almost total barbarism it is refreshing to look back upon chivalrous combat. If it is gallantry and honor, even quixotism, you thirst for in a barren time, they are at their highest in the duel between His Britannic Majesty’s frigate Shannon and the United States frigate Chesapeake , which met off Boston in the calm, early evening of June 1, 1813. Here is an authoritative and totally absorbing description of that famous encounter, together with an account of the principals, Captain P. B. V. Broke and Captain James Lawrence.

Peter Padfield
Cornplanter, Can You Swim?

The new Kinzua Dam floods the Senecas’ ancestral lands—in violation of our oldest Indian treaty. "Lake Perfidy” may even have claimed the bones of their greatest chief

Alvin M. Josephy Jr.
“Take The Hatred Away, and You Have Nothing Left”

An African-American physician and his family were arrested for murder in Detroit after defending their home against an angry mob of whites. Then attorney Clarence Darrow came to their defense.