It was a challenging couple of months after the flood, but our offices will soon be operational again.

September was the cruelest month. The muddy water that filled our offices nearly dealt a fatal blow to American Heritage. As we reported in the last issue, we lost hundreds of books, magazines, research files, prints and photographs, furniture, equipment, legal and accounting records, etc.

John Kelly described the disaster well in his article in the Washington Post, “Historic rains turned the archives of American Heritage into a sodden mess.”

But after three months of work, and thanks to support from our members, we return to our offices on December 1. We're still missing doors and moldings, and have flooring in only one office, but we are now able to focus more on creating new editorial content.

Unfortunately, many of the rare books could not be saved. The flood occurred just before Labor Day weekend, and by the time we got expert advice on conservation most of the books were beyond saving. 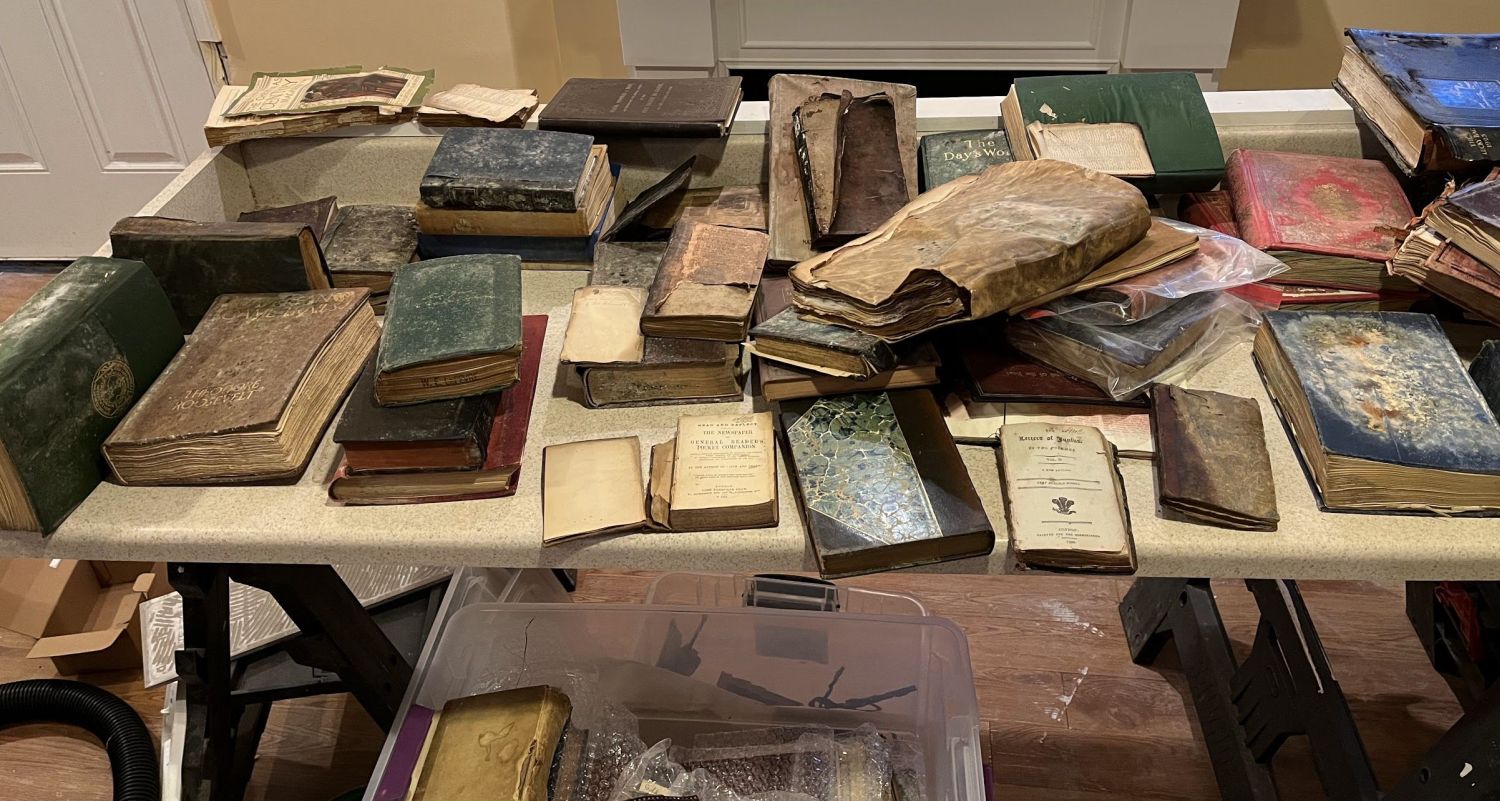 Among the difficult things to replace will be our collection of the rare first six years of American Heritage published by the American Association for State and Local History from 1949 to 1954. 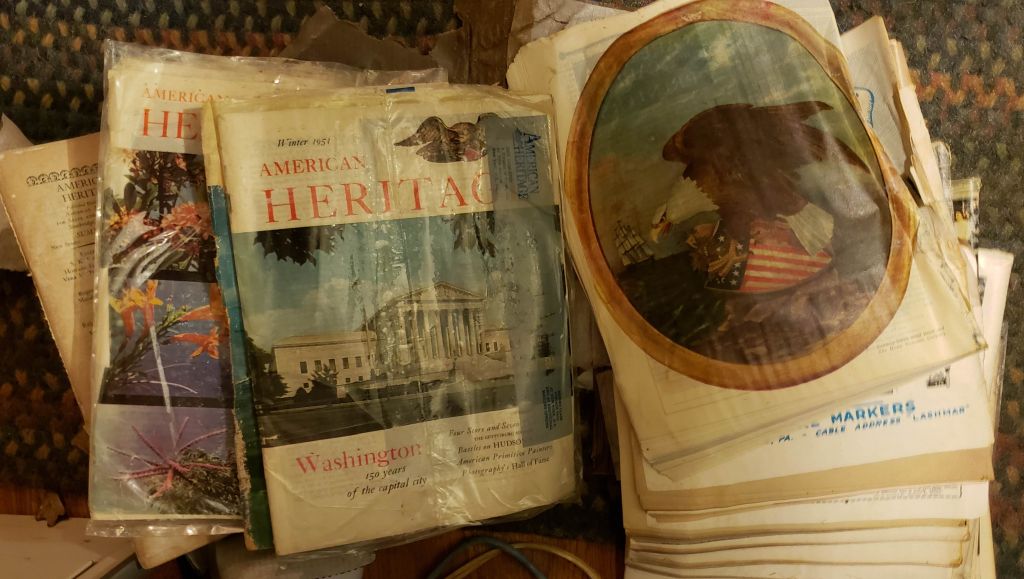 Presidential historian Mike Purdy sent us dozens of issues of American Heritage to replace ones we lost, and Prof. Robert Friedel boxed up his nearly complete set of Invention & Technology for us. Other members kindly made similar offers.

A nearly 300-year-old engraving of Henry VIII turned brown after immersion in the muddy water. 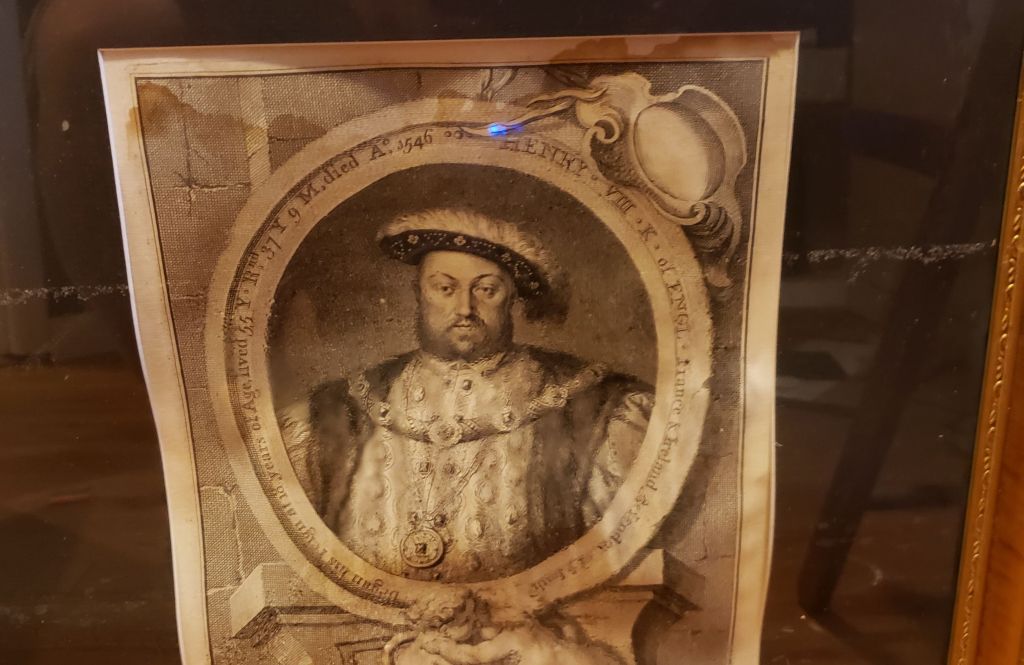 The papers in file cabinets swelled so much after being under water that we could no longer open the drawers, and had to destroy the metal cabinets to get to the papers. Important documents were dried and scanned. 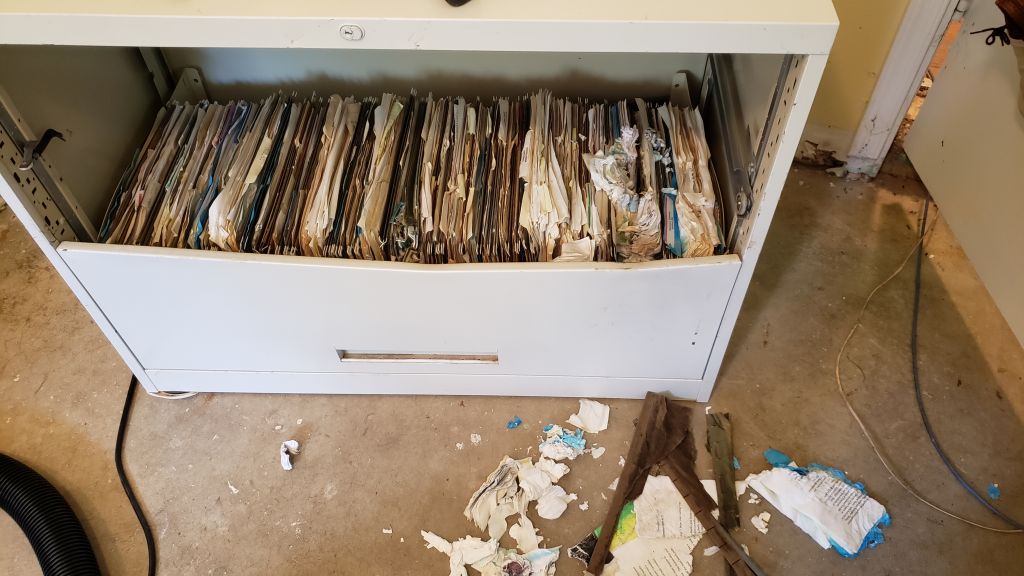 After trying to salvage important files and books, we cut up the muddy carpets and sent them to the dump. 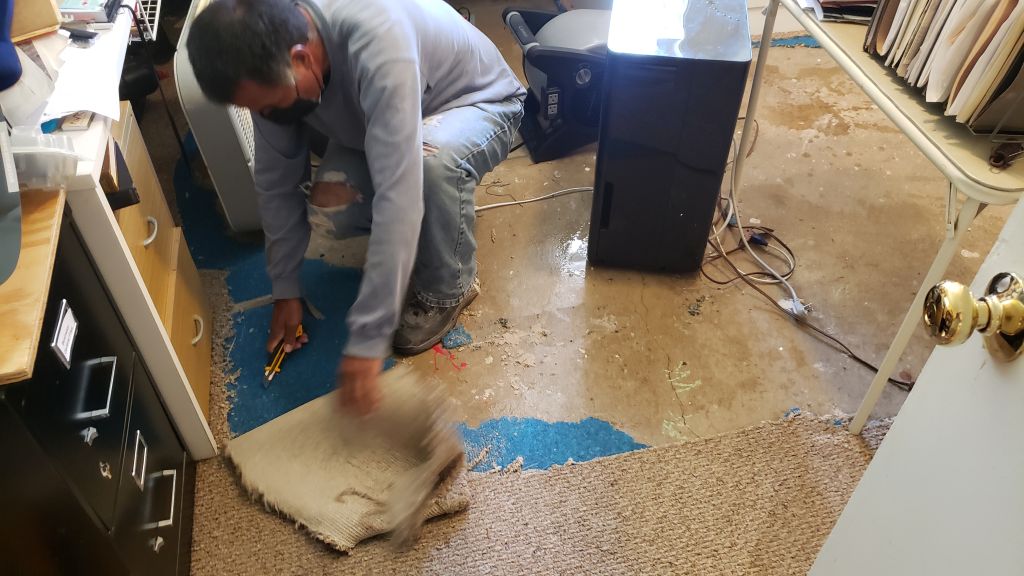 Everyone working in the offices had to wear protective face masks as black mold quickly grew along the walls. 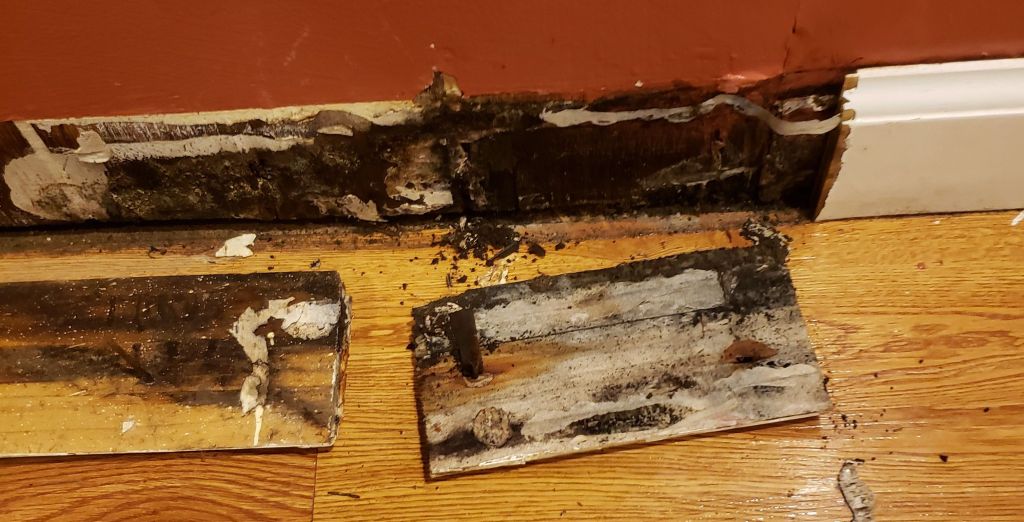 All the walls that were soaked in the flood needed to be removed, and the mold behind them sprayed and dried. 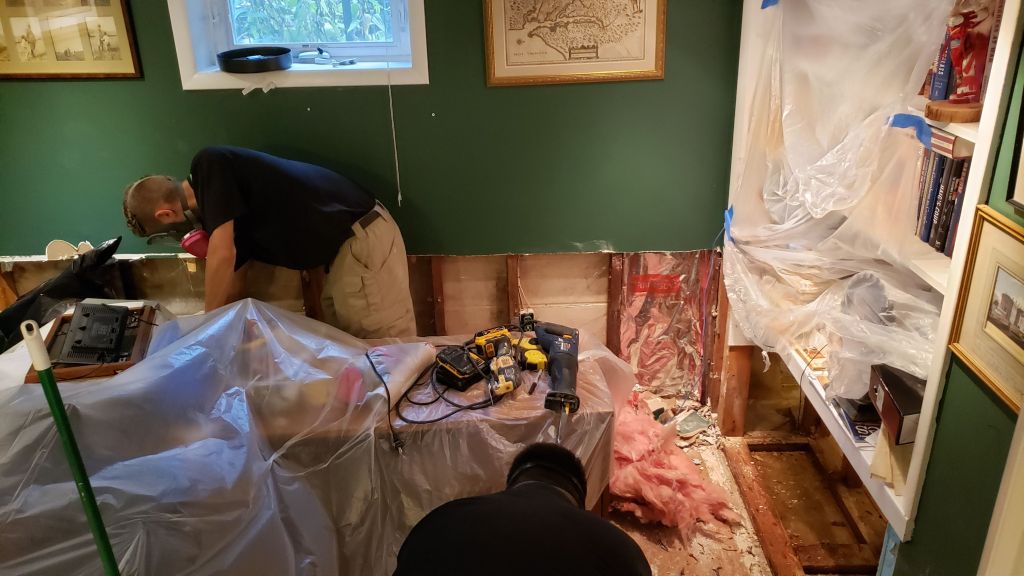 The fiberglass insulation behind the walls was still dripping wet six weeks after the flood. 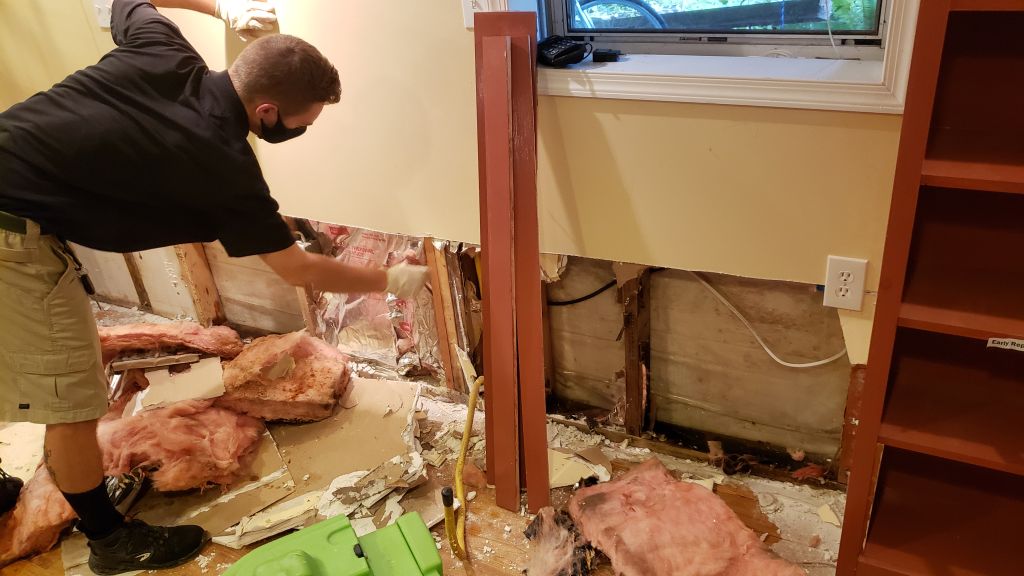 Removing the drywall behind bookshelves caused them to sag and eventually collapse. 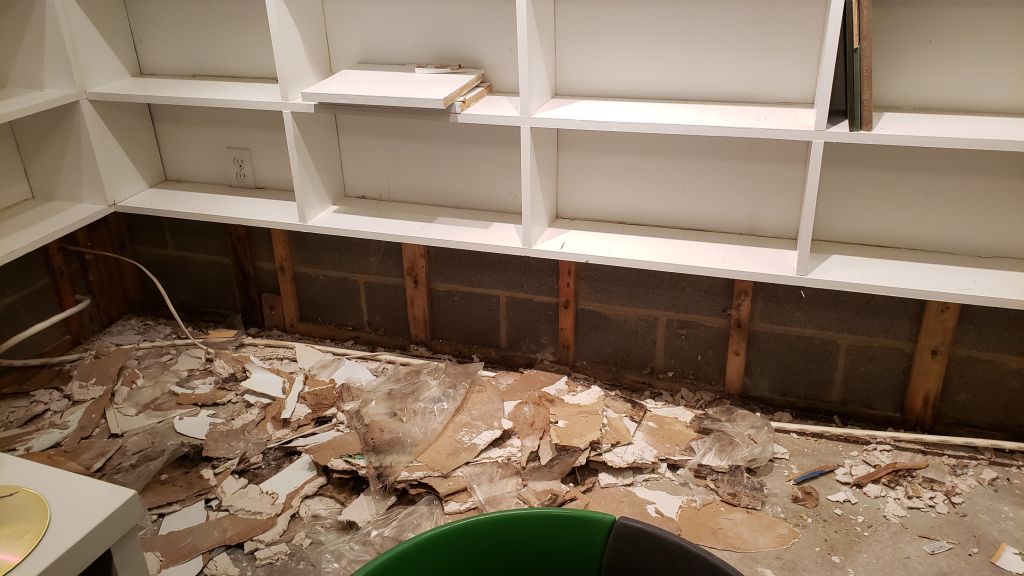 But by late November, walls and bookshelves were repaired and then painted, and water-proof tiles installed in one office. 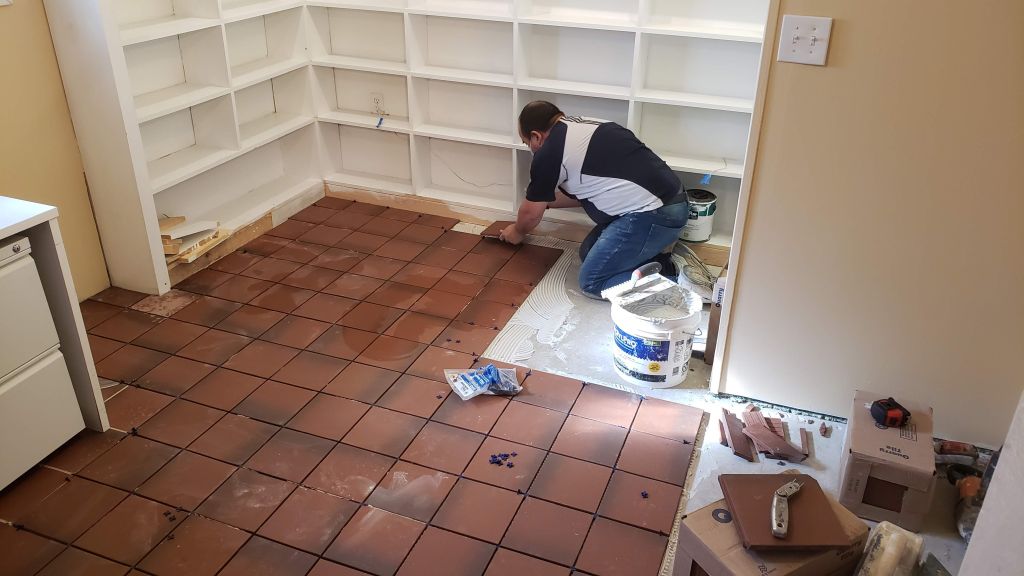 We take solace in knowing our efforts are keeping American Heritage alive and growing, and providing access to the writing of 1,800 historians for the millions of readers that visit our website each year.

Again, thanks to everyone who helped us out. We were inspired that so many of you cared about continuing the American Heritage tradition, and chipped in to help restore our offices.

Despite the chaos of recent weeks, we have published some wonderful articles in this new issue that I think you'll find worth reading.

by Edwin S. Grosvenor
American Heritage couldn’t be allowed to just fade away.

by Edwin S. Grosvenor
A convenient index to the nearly 100 articles in American Heritage in 2020

by Edwin S. Grosvenor
He became the dean of American historians after learning his craft working five years on the staff of American Heritage.

JFK Writes about Our Nation’s Memory

by John F. Kennedy
Forty seven years ago, the president wrote for American Heritage that the study of history is no mere pastime but the means by which a nation establishes its sense of identity and purpose

What They Did There

by Bruce Catton
Our American heritage is greater than any one of us.

by David W. Blight
Notes about the famous historian and American Heritage editor

by Bernard A. Weisberger
A longtime contributor and former editor introduces the special anniversary issue

by Bruce Catton
The longtime adviser to American Heritage wrote history not simply as a means of talking with other historians, but in order to talk to the general reader.

It Wasn't Easy, But American Heritage Is Back!

by Edwin S. Grosvenor
More than 600 donors chipped in to help fund the relaunch of the magazine.

by Mark C. Reynolds
Like the nation it covers, American Heritage was revolutionary at its birth. And like that nation’s story, ours is a real cliffhanger.