Our leading politicians have spewed vitriol at each other since the nation’s founding.

Editor’s Note: We asked Mike Purdy, a historian and author of 101 Presidential Insults: What They Really Thought About Each Other — and What It Means to Us, to share with us some of his favorite insults that U.S. Presidents threw at each other. Mr. Purdy is also the author of the recently published book Presidential Friendships: How They Changed History.

In the loudly partisan times we live in, we’re inundated with insults thrown back and forth by politicians. But were leaders in previous eras really more civil?

We may be tempted to place on a pedestal many of the forty-five men who have held the presidency, until we see examples of their often-intemperate comments about each other. These men had sharp tongues and poisonous pens. Their politics enflamed passions, their policies shattered relationships, and their personalities inclined them toward caustic criticism.

The acerbic statements presidents made about other presidents are sometimes as disappointing as they are amusing.

The acerbic statements presidents made about other presidents (before, during, or after their presidencies) may not be shocking today. But they are sometimes as disappointing as they are amusing.

Here, in chronological order, are a dozen of the juiciest and most surprising insults of presidents by their peers:

Washington, whose noble visage is engraved on Mount Rushmore, always had his eye on how history would judge him. He worked hard to be a model of civility, though he was known to have a volcanic temper.

While he clearly was the best man to serve as our first president, he had his flaws, and his often-envious vice president, John Adams, was never hesitant to point them out.

In a letter to Benjamin Rush, Adams wrote this after Washington’s death: “That Washington was not a Scholar is certain. That he was too illiterate, unlearned, unread for his Station and reputation is equally past dispute.”

For all his virtues, John Adams was often a lightning rod because of his in-your-face style of discourse.

In one of the unintended consequences of the Constitution before it was amended in 1804, the election of 1796 saw the Federalist Adams elected as president, with the Democratic-Republican Thomas Jefferson as vice president. It was our first contested presidential election.

Three months after both were inaugurated on March 4, 1797, Jefferson bad-mouthed his boss. He told the French consul-general that Adams was “distrustful, obstinate, excessively vain, and takes no counsel from anyone.”

For all his virtues, John Adams was often a lightning rod because of his in-your-face style of discourse.

Jefferson never intended his remarks to become public, but the Frenchman wrote to his nation’s foreign minister, recounting that private conversation with Jefferson.

For decades, John Adams and Thomas Jefferson enjoyed a fabled friendship. They collaborated during the Second Continental Congress that produced the Declaration of Independence and they and their families enjoyed time together during their diplomatic service in Europe.

But ideological rivalry fractured their relationship, and it was only in their twilight years that they reconciled through a series of letters they exchanged with each other.

Adams was irked that Jefferson received so much acclaim for writing the Declaration. While Jefferson privately insulted President Adams, Adams was doing the same about his vice president.

In a letter written nearly four months after both were inaugurated, Adams said that Jefferson had “a mind, soured, yet seeking for popularity, and eaten to a honeycomb with ambition, yet weak, confused, uninformed, and ignorant.”

Certainly, Adams would be dismayed had he lived to see Jefferson’s image carved on Mount Rushmore, while his own great contributions were sculpturally forgotten.

The man now regarded as our greatest president was not only not respected, but was despised by many Americans during his lifetime. In the aftermath of Lincoln's bold issuance of the Emancipation Proclamation on Jan. 1, 1863, former president Franklin Pierce, generally ranked as one of our least effective chief executives, wrote of Lincoln that he “is to the extent of his limited ability and narrow intelligence their (the abolitionists’) willing instrument for all the woe which has thus far been brought upon the country.”

James Garfield:  “ the backbone of an angleworm”

Even James Garfield, whose promising presidency was cut very short by an assassin’s bullet, was hardly immune to withering criticism from another president.

Though he had distinguished himself as a general in the Civil War and was brilliant – as in being able to write the same sentence in Latin with one hand and Greek with the other – former president Ulysses Grant was not impressed.

Even James Garfield, whose promising presidency was cut very short by an assassin’s bullet, was hardly immune to withering criticism from another president.

Writing to another general just two months after Garfield’s inauguration and two months before Garfield was shot in the back in the Washington train station, Grant proclaimed that “Garfield has shown he is not possessed of the backbone of an angleworm.”

Also on this “no-backbone” theme, Theodore Roosevelt, as assistant secretary of the Navy, said of President William McKinley that he “has no more backbone than a chocolate éclair.”

Theodore Roosevelt could be brutal in his assessment of others.

In 1891, he wrote to his sister, Anna (while he was serving as a U.S. Civil Service commissioner), this assessment of Benjamin Harrison: He's a “little runt of a president.”

“I hate to see a man try to honeyfuggle the people.”

Before the 21st century, the presidential campaign of 1912 was the most vicious. Former President Theodore Roosevelt led the pack, but his opponents, President William Howard Taft and Democratic challenger Woodrow Wilson, also stepped into the fray.

On a campaign swing through Ohio on May 14, 1912, while seeking the Republican nomination, Roosevelt called Taft a “puzzlewit.”

Just a day earlier, in an Ohio speech, Taft called the former president “a demagogue and a flatterer. … I hate to see a man try to honeyfuggle the people.”

Less than a month before election day, Wilson declared that Roosevelt was “a very erratic comet now sweeping across the horizon.”

Theodore Roosevelt never really got over his failure to reclaim the presidency in 1912, and he continued to bash his successor, Woodrow Wilson.

Writing to his son, Kermit, in 1917, TR called Wilson “the lily-livered skunk in the White House.”

Writing to his son, Kermit, in 1917, TR called Wilson “the lily-livered skunk in the White House.”

During World War I, Herbert Hoover and Franklin Roosevelt were good friends, neighbors, and top officials in Woodrow Wilson’s administration. In 1920, FDR wrote to a friend of his desire to "make him (Hoover) President of the United States. There could not be a better one.”

Yet, a dozen years later, the two men were locked in a bitter battle for the presidency, with Roosevelt seeking to oust Hoover.
When FDR won the election of 1932, Hoover, following tradition, hosted the president-elect for a transitional meeting on Nov. 22, 1932 in the White House. Afterward, an angry Hoover privately declared that Roosevelt was a “gibbering idiot.”

We may assume that presidents and their vice presidents tend to get along with one another, but that has often hardly been the case.
Many in John F. Kennedy’s camp were appalled that he tapped his competitor in 1960, Lyndon B. Johnson, as his running mate. There was no love lost between these highly competitive men.

Speaking to the historian Doris Kearns Goodwin, who helped Johnson with his post-presidential memoirs, LBJ let loose on JFK:
“Here was a young whippersnapper, malaria-ridden and yallah sickly, sickly. He never said a word of importance in the Senate, and he never did a thing. But somehow … he managed to create the image of himself as a shining intellectual, a youthful leader who would change the face of the country.”

LBJ obviously never got over the fact he thought he should have been the Democratic nominee in 1960.

No catalog of presidential insults would be complete without a recognition of how Donald Trump’s words have intensified the level of acrimony.

During the 2016 campaign, he went after the sitting president in ways rarely seen before. He claimed at a Florida press conference that Obama “has been the most ignorant president in our history. … He has been a disaster as president. He will go down as one of the worst presidents in the history of our country. It is a mess.”

In C-SPAN’s 2021 rating of presidential performance, Obama was ranked by the historians polled as our 10th-best president, while Trump was number 41, at the rear of the pack, above only Andrew Johnson and James Buchanan, the bookends of Lincoln’s presidency.

No catalog of presidential insults would be complete without a recognition of how Donald Trump’s words have intensified the level of acrimony.

While it’s not surprising that Trump verbally assaulted President Obama, it was more surprising that “No-drama” Obama couldn’t hold his tongue during the 2016 campaign. During a White House news conference, he said that Trump was “unfit to serve as president. … He’s woefully unprepared to do this job.”

In my research, I found many allegedly nasty comments by presidents regarding others, and which have become famous, but for which there is no historical documentation. For example, Theodore Roosevelt supposedly said that William Howard Taft didn’t have the “brains of a guinea pig.” 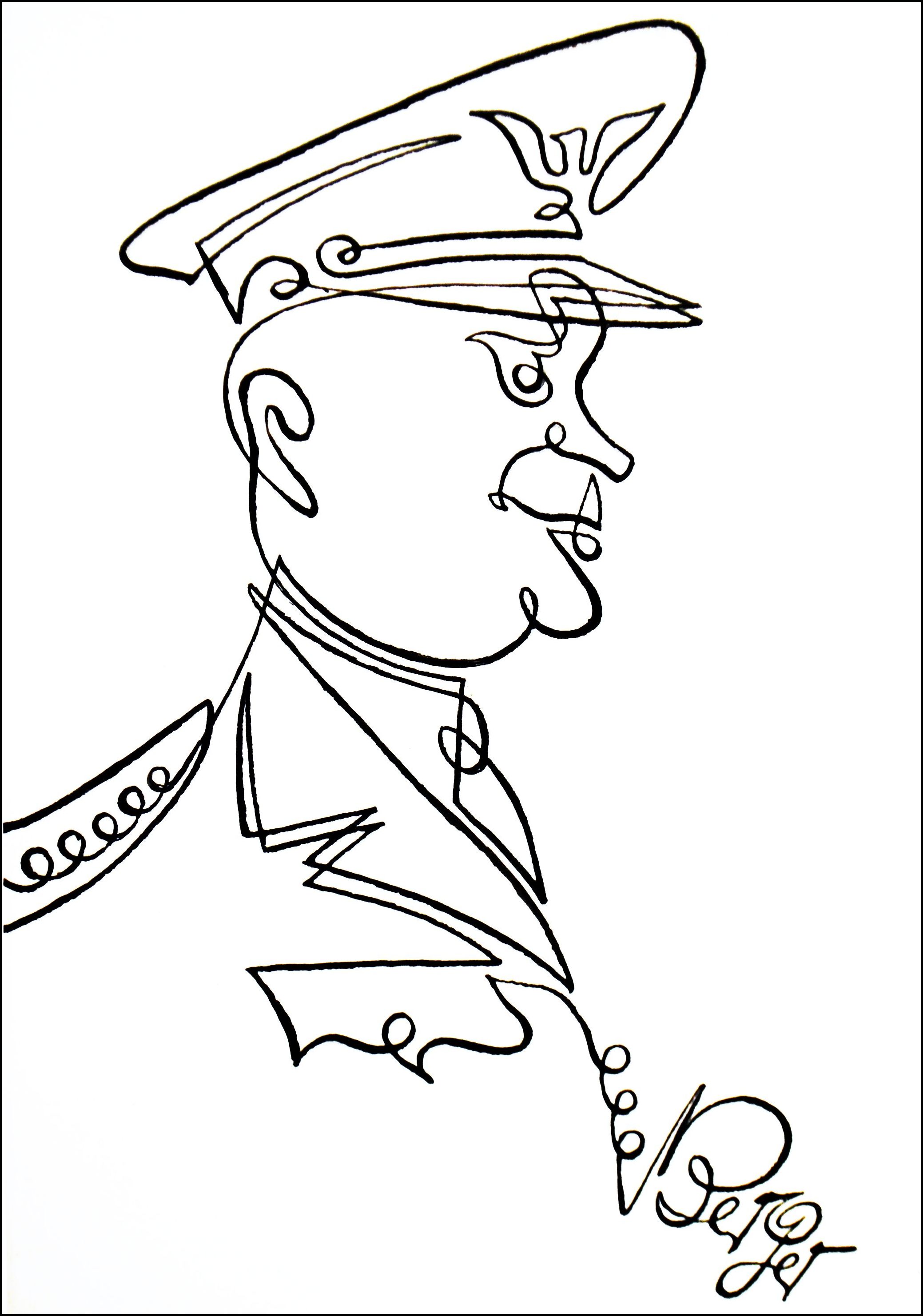 Other lines commonly quoted in books are simply not accurate. For instance, James Madison wrote that President John Adams was “hot-heated,” not “hot-headed.” (I reviewed the microfilm of Madison’s original letter, and the key letter is a “t,” not a “d.”)

But there is no lack of well-documented jibes by presidents against other presidents throughout history. After we’ve winced and laughed at such quotes, it’s important to reflect on the need for increased civility in our public and private discourse. Our survival as a nation depends on it.

We must be willing to listen before we speak, search for broad areas of agreement with those of different political persuasions, and reject the acidic politics of personal demonization.

It’s a difficult path to follow in our divided nation, where verifiable facts do not find universal agreement or acceptance. But, for our own sanity and survival, we must try to value relationships over dogma, to encourage deep reconciliation of fractured friendships, and reset our political discourse from rancor to respect.

by Edwin S. Grosvenor
“It is recommended,” proclaimed Lincoln, that the People “celebrate the anniversary of the Birthday of the Father of his Country."

by Michael Beschloss
The struggles and triumphs of our Presidents have been central to shaping our nation, even though they operated under a Constitution that didn’t grant them unilateral power.

The Place of Franklin D. Roosevelt in History

by Allan Nevins
To what extent did greatness inhere in the man, and to what degree was it a product of the situation?

by Edwin M. Yoder Jr.
The cause of Donald Trump’s poor behavior may be “a severe case of bad manners,” says the author.

by Joseph Stanley-brown
One summer brought excitement and glory to the young secretary of a political leader. How could he know that the next one would brim with tragedy?

by Joseph J. Ellis
As America goes into its fifty-fifth presidential election, we should remember that there might have been only one—if we hadn’t had the only candidate on earth who could do the job

The Impeachment of Bill Clinton

by Kathryn Cramer Brownell
Partisan politics, plus the media’s focus on Clinton’s personal life, created a presidency under siege and consumed by scandals—some serious, others trivial.

by William E. Leuchtenburg
For a good part of his life, the governor of New York has used history as a guide—and a solace

by Joseph J. Ellis
A diminutive, persuasive Virginian hijacked the Constitutional Convention and forced the moderates to accept a national government with vastly expanded powers