An exhibit now touring the U.S. highlights the Civil Rights struggles of the 1960s, with a focus on the violence and brutality endured by its participants. 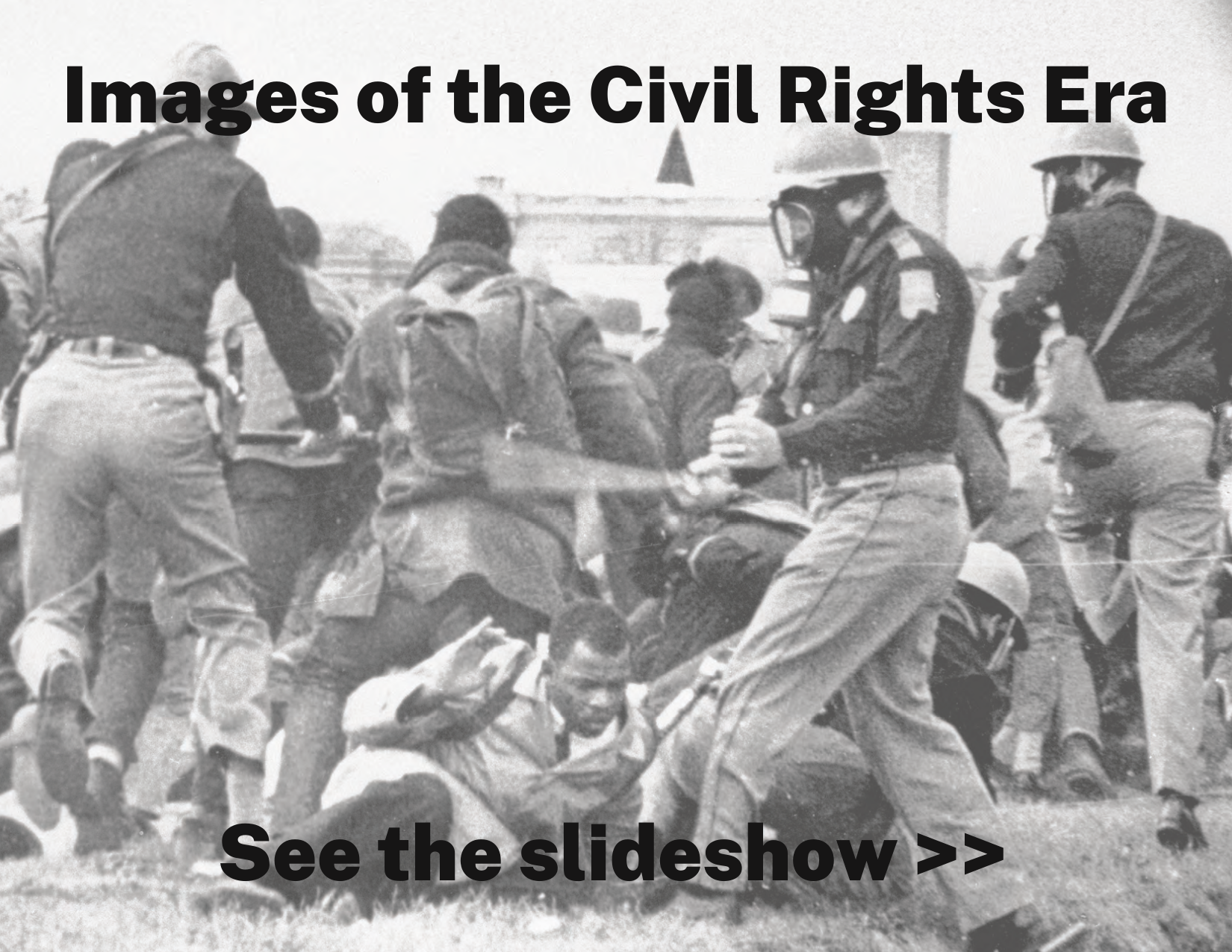 On February 1, 1968, two African American men working for the publics works department in Memphis, Tennessee were killed when a garbage compactor, triggered by an electrical surge during torrential rain, closed with them inside. It was a horrific event, and the last straw for other sanitation workers, many of them black, who had toiled for too long and for too little pay for the city. Twelve days later, nearly 1,300 of them walked off the job in protest, demanding that the city recognize their union, increase wages, and improve the abysmal working conditions.

Coinciding with the Poor People’s Campaign that same year, the strike became a focal point in the fight for racial justice during the latter years of the Civil Rights Movement. It soon caught the attention of Martin Luther King, Jr., who flew to Tennessee to support the cause. King led several marches through the streets of Memphis, insisting that there could be no civil rights without economic equality. Over 200 sanitation workers joined him, carrying protest signs emblazoned with a refrain familiar to the history of civil rights struggles in America: “I Am A Man,” a catchphrase that grew out of the abolitionist movement over a century before.

Coinciding with the Poor People’s Campaign that same year, the strike became a focal point in the fight for racial justice during the latter years of the Civil Rights Movement.

An iconic photograph from that protest – and the slogan emblazoned on the signs – is now the centerpiece of a new gallery exhibit on the history of the Civil Rights Movement at the Mississippi Civil Rights Museum. Titled I Am A Man: Civil Rights Photographs in the American South, 1960-1970, the exhibit highlights the active struggles of the 1960s, with a focus on the violence and brutality endured by its participants. Photos from James Meredith’s integration of the University of Mississippi in 1962, from events surrounding the murder of Vernon Dahmer in 1966, and from the Poor People’s Campaign in 1968 all showcase this struggle.

The exhibit was curated by William R. Ferris, a former chairman of the National Endowment of the Humanities and founding director of the Center for the Study of Southern Culture at the University of Mississippi. “These photographs are vessels of truth–truth about the courage of protestors who faced unimaginable violence and brutality,” Ferris, who is also a Joel R. Williamson Eminent Professor of History Emeritus at the University of North Carolina at Chapel Hill, said. “The photographs capture the quiet determination of elders and the angry commitment of the young, and they also remind us how far we have to go.”

Images from the exhibit are also contained in a book of the same name, published by the University of Mississippi Press. In a foreword to the book, Lonnie Bunch, Jr., the 14th Secretary of the Smithsonian Institution and founding director of the Smithsonian’s National Museum of African American History and Culture, notes the images are reminders that fundamental racial change in America "was not without loss, courage, or sacrifice. And that the hard-won rights for so many Americans that were an outgrowth of the civil rights movement should never be undervalued or taken for granted.”

"Early on my career, I sought to understand how slavery and segregation shaped and continued to shape this nation," Bunch continues. "During my research I was introduced to a ninety-year-old sharecropper named Princy Jenkins who lived his whole life working the rice fields outside of Georgetown, South Carolina. After spending time with Mr. Jenkins, he wanted to know what I did. As I explained the work of an historian, he said, 'I hope you help people remember not just what they want to remember but what they need to remember.'"

That is what these photographs do so well, help us to remember a crucial decade in American history with clarity and candor that would make Mr.  Jenkins proud."