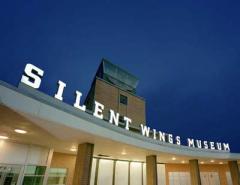 Visitors can transport themselves into the era of swing music and patriotism and experience World War II as told by the glider pilots who lived it. Guests can view a restored WACO CG-4A, mainstay of the U.S. glider force that flew in every major invasion of the Second World War. The adventure begins in the theatre with a fifteen-minute program, Silent Wings: The Story of the World War II Glider Program. The story continues to unfold in the Timeline, Hangar and Combat Galleries. View photographs and artifacts, including a fully restored WACO CG-4A glider, airborne equipment, and our living exhibit: the British Horsa Glider restoration project.