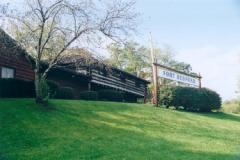 The fort was used as the staging point for a number of successful raids during the war. After victory, it was used until the American Revolution as a frontier outpost and refuge from Indian attacks during a period of increased western migration. Today, the museum houses hundreds of artifacts that give visitors a perception of what life was like on the western Pennsylvania frontier.