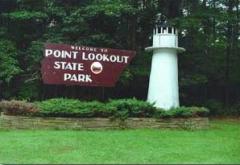 The Judge Poche Plantation House is significant in the areas of architecture and local history. Architecturally, the Judge Poche Plantation House stands as a fine example of a raised plantation house built under the influence of the Victorian Renaissance Revival. This can be principally seen in its large front dormer with its oeil-de-boeuf motifs and in its arcaded front gallery. This decorative treatment is unusual because most plantation houses were characterized by Greek Revival styling. Poche built the house around 1870 and maintained it as his residence until 1880 when he moved to New Orleans. It served as his summer house from then until 1892, at which time he sold the property. Poches Civil War diary is regarded as an important source for scholars, especially those studying the war east of the Mississippi in the waning months of the conflict. Poche, who was bilingual, kept his journal in French. It has since been translated and published and is one of the few Confederate diaries describing the war in Louisiana that is in print.

After the war Poche returned to St. James Parish, resumed his law practice, and assumed an active role in the Democratic Party. In January 1866, he was elected to the Louisiana Senate to fill a vacancy occasioned by a resignation and served in this capacity until the adoption of the new state constitution in 1868. He attended the biannual Democratic party conventions from 1868 to 1876 and was a member and president of the 1879 party convention which nominated Governor Wiltz. Poche was also a member of the 1879 constitutional convention. On the national level he was an alternate delegate to the 1872 and 1876 Democratic conventions and was a Tilden elector in 1876. In addition to these accomplishments, Poche was a well-known jurist. In 1880 he was appointed associate justice of the Louisiana Supreme Court and served in this position until 1890 when his term expired. Poche was also one of the founders and charter members of the American Bar Association. At a social reunion in 1876 at Saratoga he originated the idea of a national association for his profession and proposed it to several others there. The idea was adopted and in 1877 the association met for the first time. Today the house had been adapted into a bed and breakfast.

Call for fees and appointments.