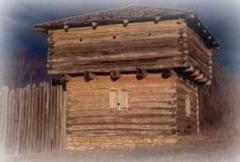 The war, which lasted only 16 weeks, ended the threat of Indian attacks in the area and opened the region to further settlement. Many notable men participated in the Black Hawk War including a young Abraham Lincoln, Jefferson Davis, and General Winfield Scott. Abraham Lincoln and his militia company arrived at the fort the day after the battle.

Today, the fort has been reconstructed and is open for self – guided tours. Special events throughout the year highlight many aspects of life in Jo Daviess County in 1832. Exhibits at the Interpretive Center, on the trail, and at the fort tell the story of the Sauk and Fox, the early settlers, and the conflict that became known as the Black Hawk War.