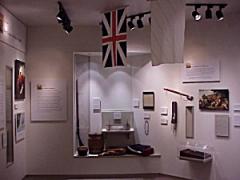 The 213 acres of forested and grassy areas that comprise Bushy Run Battlefield, Westmoreland County, Pennsylvania, can be viewed as one large historical entity. The events that transpired here in August 1763, during Pontiac's War, forever set Bushy Run apart as a place of historical significance. The battle near Bushy Run and the events of Pontiac's War leading to the battle add to the understanding of the Indian-European culture clash, which is an important theme in American history. The battle also has a place in the broader study of American settlement and expansion, and possesses great significance in the realm of British, American and Indian military history.