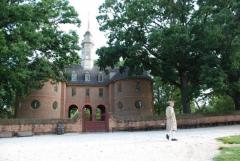 The Colonial Williamsburg Foundation operates the world’s largest living history museum in Williamsburg, Virginia—the restored 18th-century capital of Britain’s largest, wealthiest, and most populous outpost of empire in the New World. Here we interpret the origins of the idea of America, conceived decades before the American Revolution.

The Colonial Williamsburg story of a revolutionary city tells how diverse peoples, having different and sometimes conflicting ambitions, evolved into a society that valued liberty and equality. Americans cherish these values as a birthright, even when their promise remains unfulfilled.