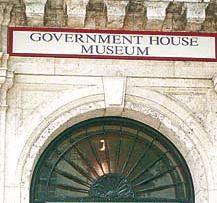 Since the late 16th century, Government House, located at the west end of the Plaza in downtown St. Augustine, has been a leading administrative center for the City...The earliest documented building on the Government House site was a residence built by Governor Gonzalo Mendez de Canzo about 1598. The laying out of the town conformed to a royal decree which stipulated that all Spanish towns must have a central plaza. Buildings, such as the church, government house and market were to face the Plaza...In recent years it has undergone extensive renovation and restoration and now houses the Government House Museum and offices of the Historic St. Augustine Preservation Board.